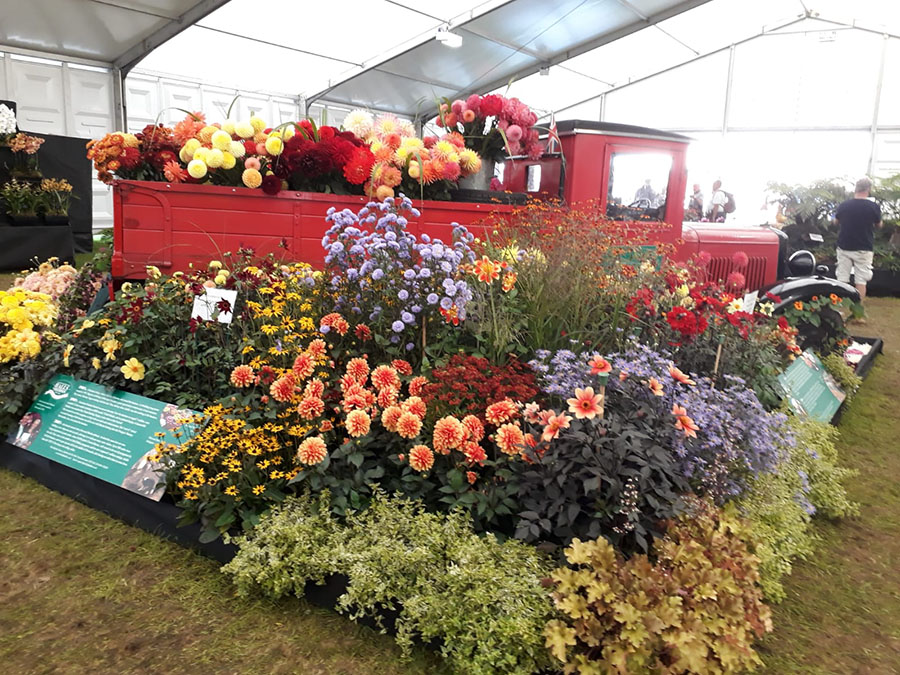 Maxine Hall had special plans for the centenary celebration of Halls of Heddon, which has nurseries at Ovington and Heddon-on-the-Wall. She wanted to create a joyful eye-catcher for their annual display at the Harrogate Flower Show. This was to compliment the abundant colourful dahlias she was entering the competition with. In remembrance of William and Barbara Hall, Maxine’s grandparents and founders of the nursery, she came up with an idea she needed help with. That’s when she got in touch with Sylvan Skills.

Maxine had found an old photo of her grandparents standing next to their florist truck. She thought it would be nice to revive this portrait in an unusual way: William’s and Barbara’s strong connection with all things growing should be expressed in personalised willow sculptures. 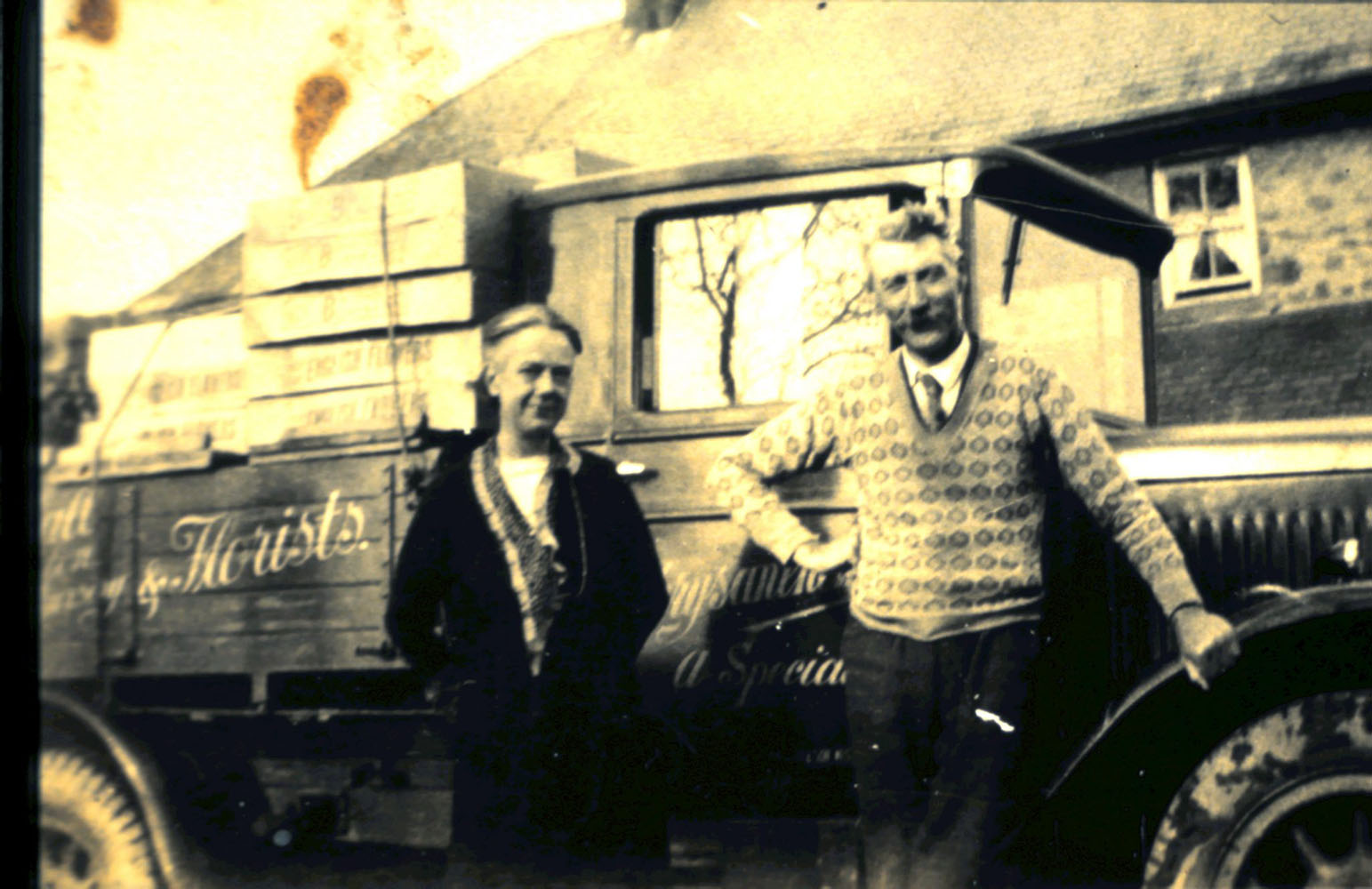 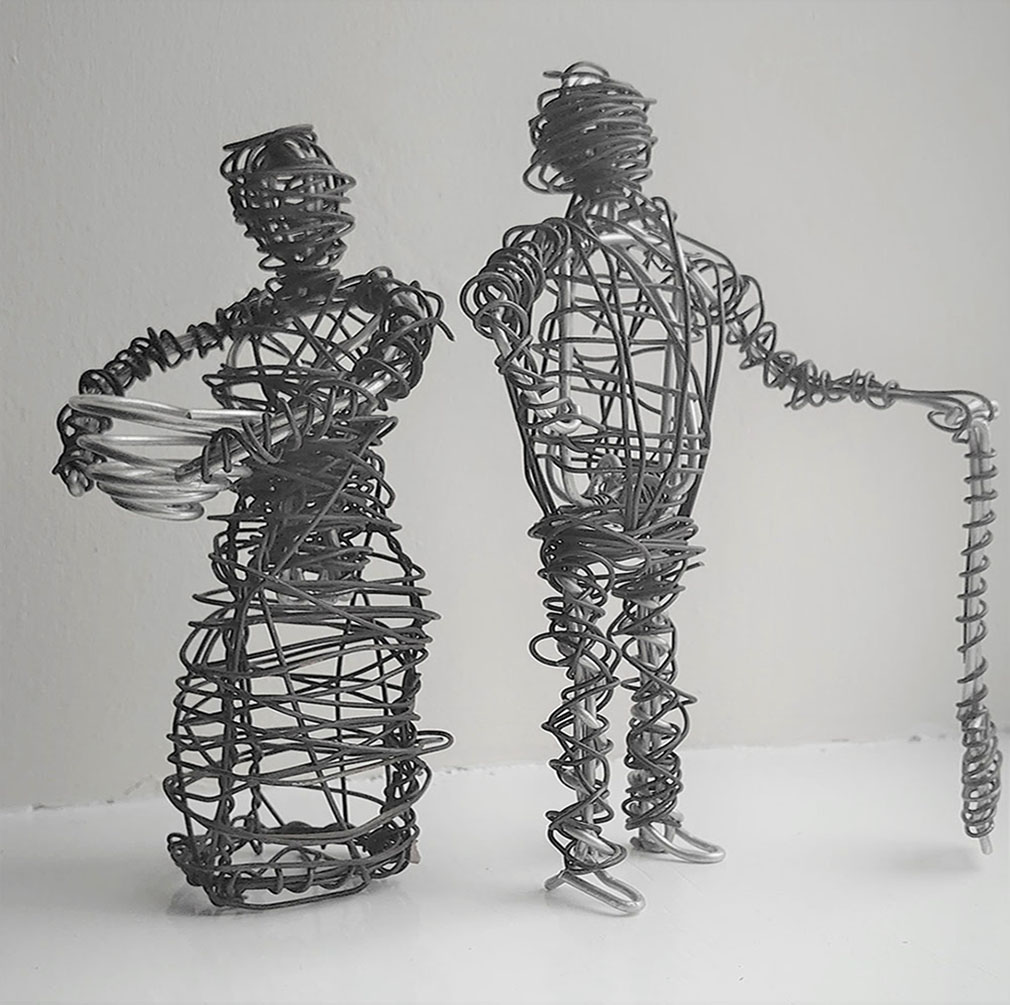 Ruth then designed the sculptures and created their supporting metal structure. This was done with help from Derek Anderson of Anderson Unique Creations who had taught her welding. The frameworks then travelled to Halls of Heddon where they were “dressed” in willow by many helping hands. Maxine Hall and her daughter as well as staff members made sure the sculptures were ready for the flower show. 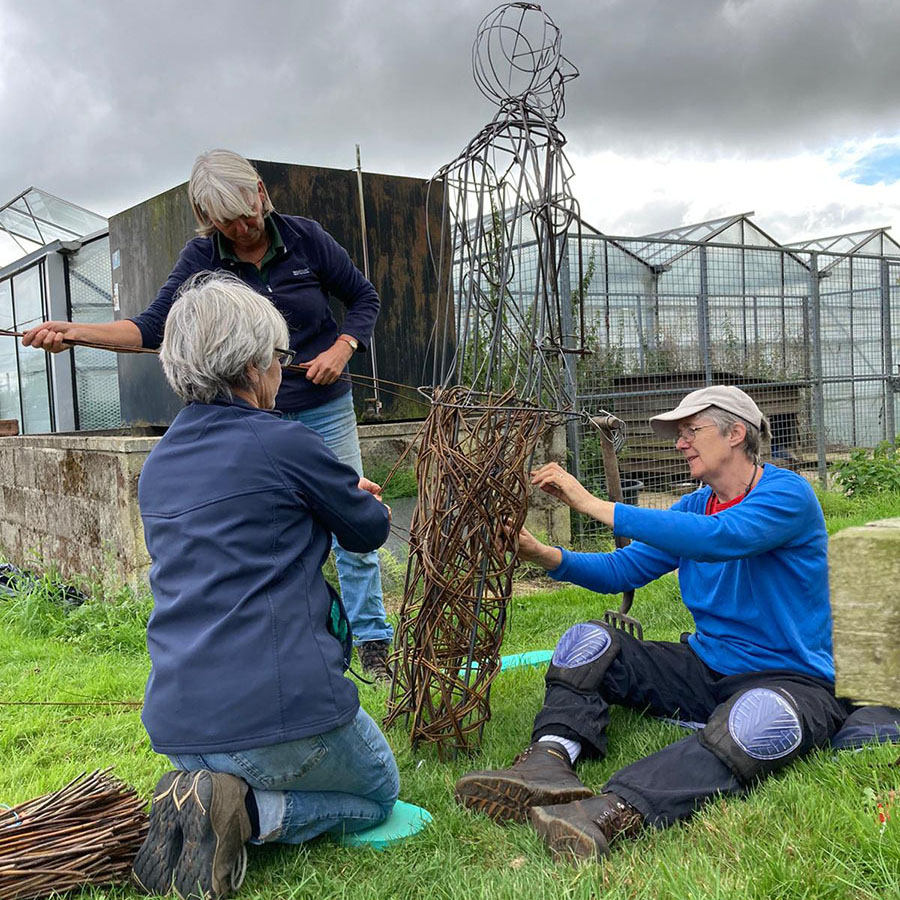 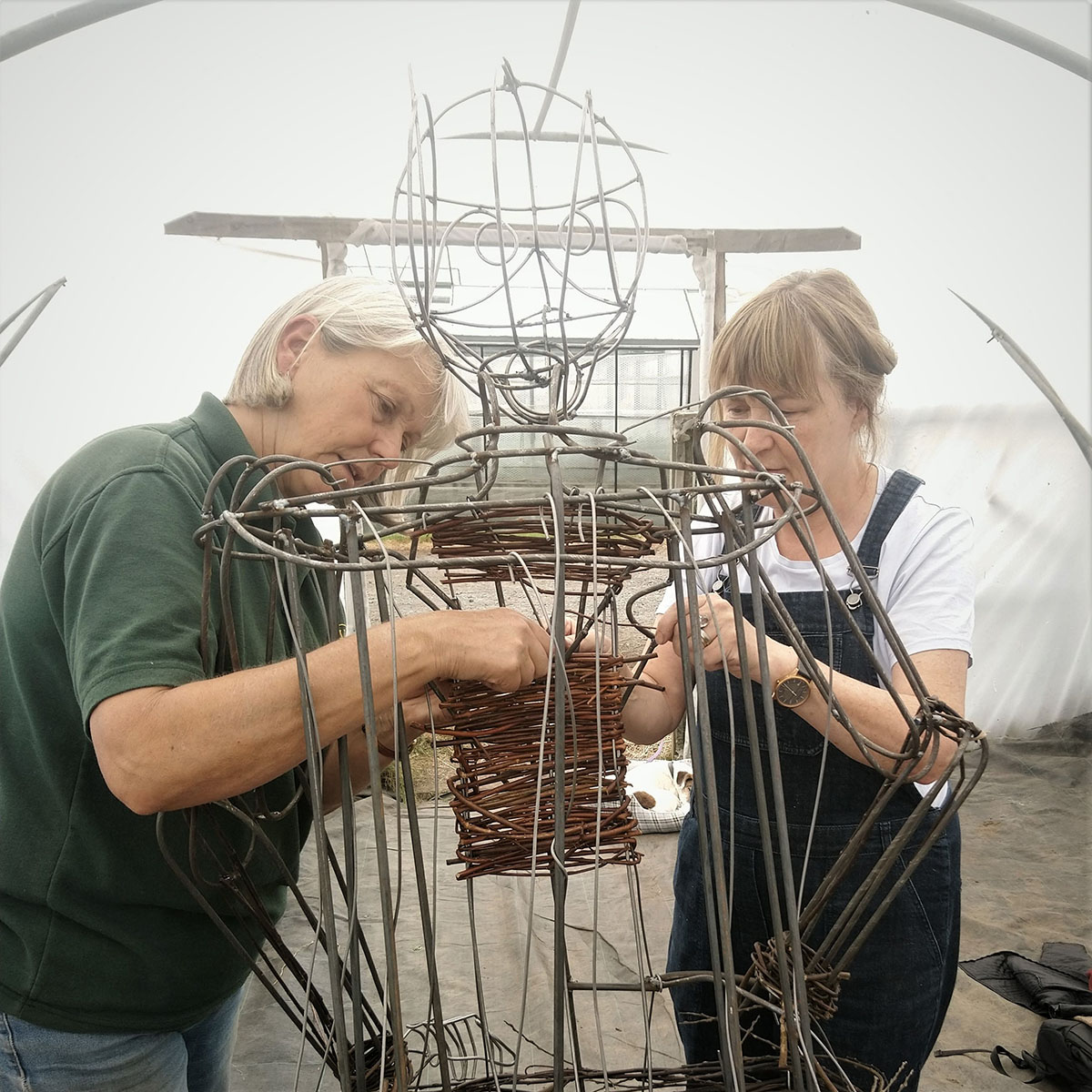 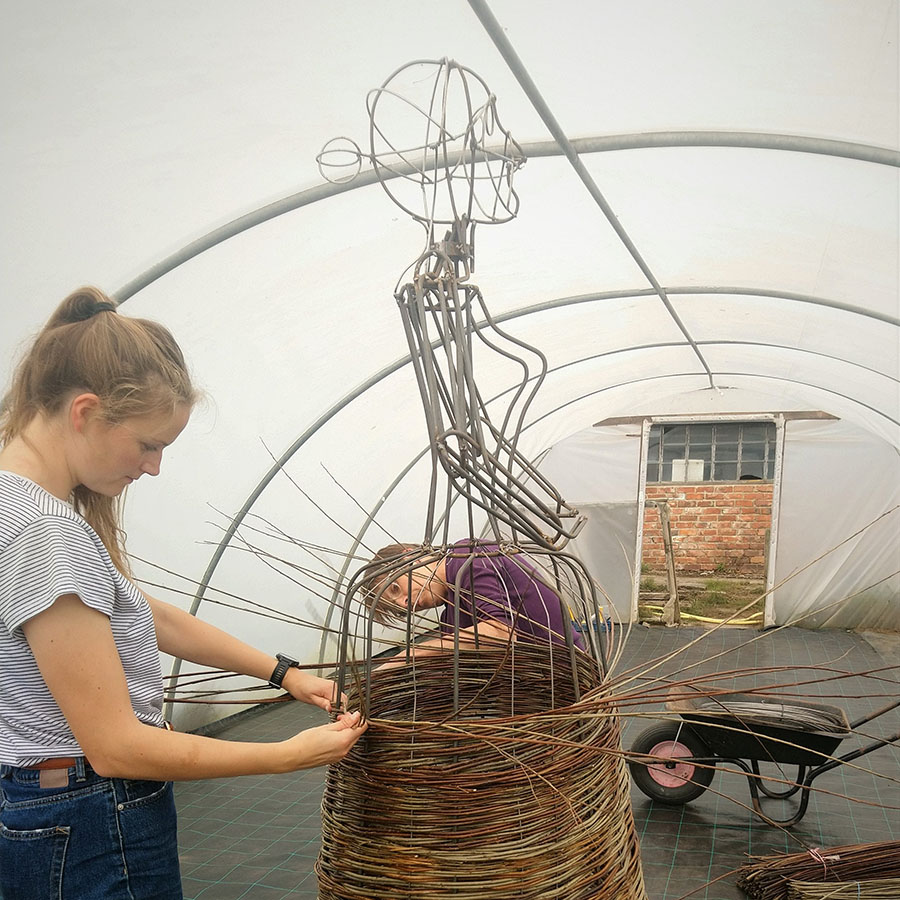 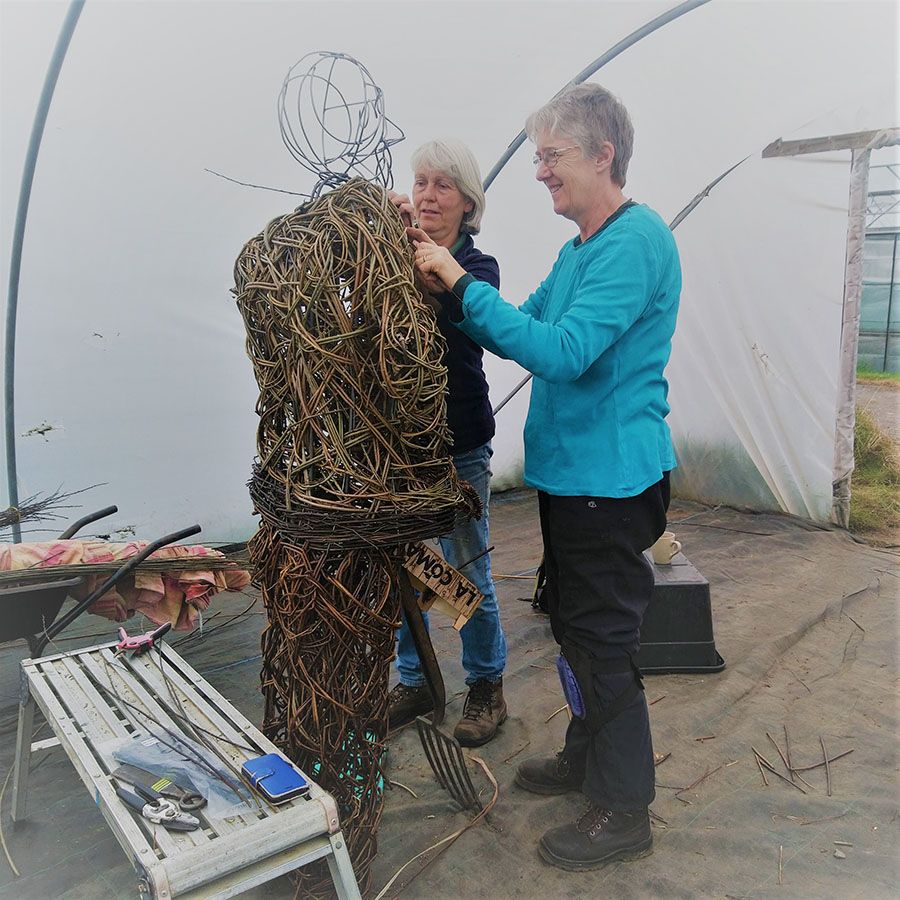 “To say we are thrilled is an understatement. We were awarded a Premier Gold Award for our traditional Dahlia Display, but the judging team also felt our Centenary Display deserved an award…and they gave us another Premier Gold! It’s been a fabulous day all round meeting our “Harrogate” regulars again and catching up with fellow exhibitors, not just on the trade stands but also with those regulars who exhibit in the society classes.” Maxine Hall, Halls of Heddon 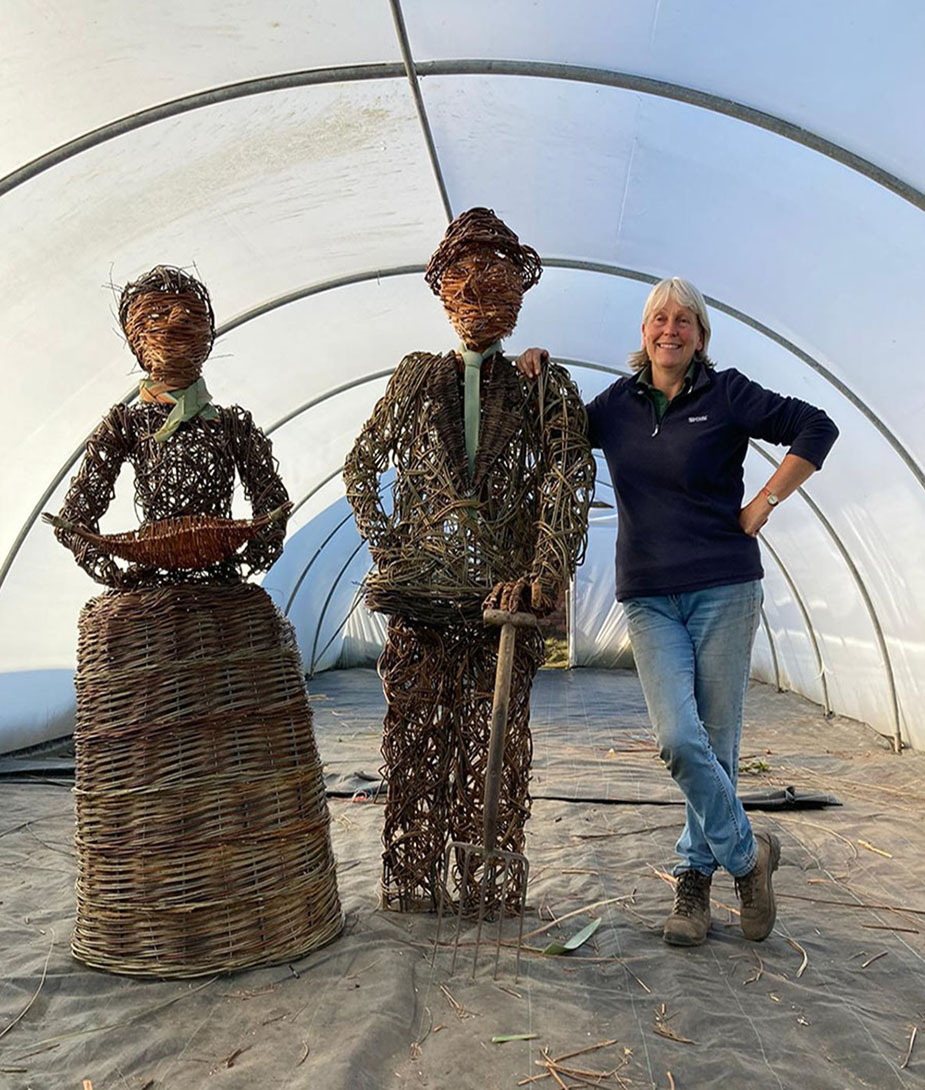 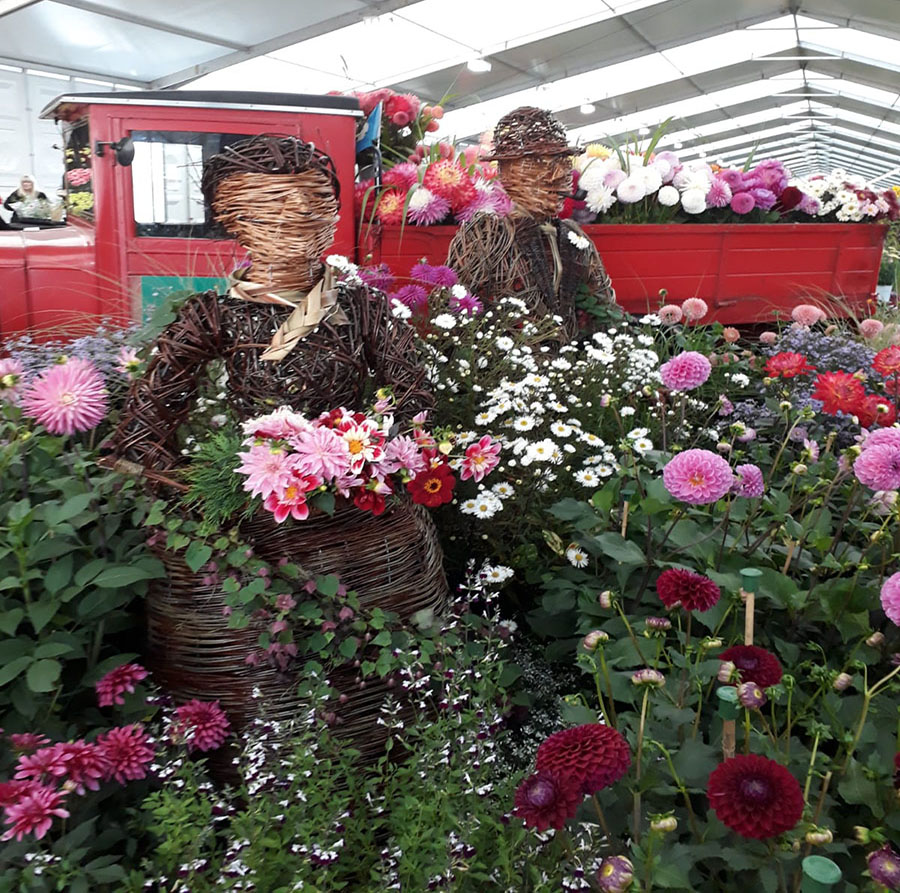 Sylvan Skills is delighted to have been part of this wonderful experience.

Do you have an idea you would like to discuss with us? Please get in touch, we’re looking forward to hearing from you!